Have you ever driven by a business that was once thriving and now it is dilapidated because of neglect?  In your memory,  it was busy and successful– the place was always maintained with the utmost care and cleanliness; there were  customers bustling in and out  and it was alive and thriving.  Then, years later, you drive by to see an establishment that has been abandoned. 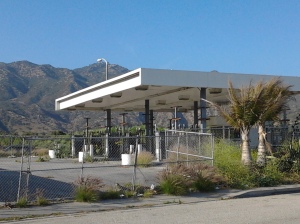 That’s what happened today when I drove by the old Chevron station in Malibu.  It is now infused with weeds, cracked cement, and an old wire fence surrounding it.  The sight of it just hit me really hard. 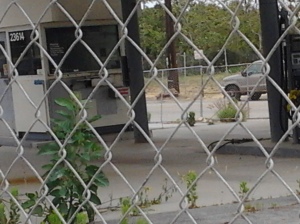 I guess what  moved me was that it can be a metaphor for our lives, our health, and our dreams.

Unfortunately, some people do this very thing with their  health–they just stop the upkeep.  They decide to just let it go and discontinue maintenance of the premises.

The sight of this was so dramatic.  Honestly, health is one thing that I do maintain, but what about my dreams?  I have caught myself saying “I used to want to be…” a lot.  I’ve said that phrase  several times within the last year.

I admit, I have let some of my goals and dreams grow wild with weeds.  The weeds represent my doubts, my fears, my inaction.

I’ve noticed a trend in how I handle life and success.  It seems that once I reach what I’d wanted, I become a little complacent, stagnant.    It’s almost like I want to rest awhile before I start striving again.  It’s usually during that rest and relaxation that depression sets in because I’m not keeping up with my new desires.

Perhaps it was all the years I spent in college that conditioned me to strive and take a break once I achieved a thing.  As one of my favorite teachers, Abraham-Hicks, says “reach and find balance”.  I think I’ve been spending too much time at the balance point and then level off there for a bit too long.

Because I’ve been pondering these thoughts, people and circumstances have been showing up for me in a synchronistic way.  The other day, as  I was riding one of my favorite mountain biking trails in Malibu,  I met a rider who exhibited such skill and confidence.  It turns out, he is a former pro down hill rider.

He was just so masterful and playful.

It seems like he was in my space to show me that there’s always another level to get to.  There are no words to describe his skill and ability–I was utterly amazed at what I saw.  No, I don’t want to ride with that kind of gusto because it is amazingly fast and dangerous, but it was just an indication that there is always room to grow and improve.  There is always more to learn–a higher level to reach. 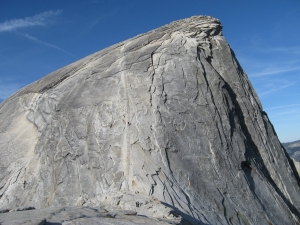 On the opposite end of that, I have a girlfriend who truly inspires me.  She grew up and never learned how to ride a bike.  Now, after all these years of owning that fact, she is now stepping into the truth of what is possible–she has taken on learning how to ride a bike.

I met up with her yesterday to ride our bikes together.  It was her 3rd or 4th time on the bike.  She knows she looks like a beginner but, honestly, she is so full of grace as she loses balance or has to stop suddenly.

She is  reaching beyond what she’s always been and silencing her ego.  She will not stay in that place.  Her courage is so inspiring to me.

What showed up for me next was a Joel Osteen  sermon.

Joel Osteen is one speaker I love listening to.  His words spoke directly to how I’ve been feeling.

Joel says, “One of the battles we all have to fight is the battle of containment.  The enemy doesn’t want you to go any further.  He can’t do anything about the ground that you have already gained, he’ll give you that.  But what he doesn’t want is for you to advance.  His goal is to keep you contained.  That’s why it can be very difficult to press through to a new level.  There are forces working overtime to try to keep us where we are.  Many people are too easily satisfied…instead of stretching and believing in bigger things they get stuck.”

The reference to “he”,  for me, is the ego.  The ego doesn’t want us to grow and stretch, it wants things to be just as they are–no growth, just comfortable contentment.

The ego has a hard time with not being good enough.  Trudging through all the pain and humiliation of achieving a new level of skill or taking on something totally new is far too much for the ego.   There is a lot to learn and it will take time to gather the skills.  That’s why the two extremes of my new friend Gary (the pro) and my girlfriend (the beginner) speak volumes to me.  In each case, it really takes something to get to a new level.

Joel’s words were just what I needed.

Fear has been presenting itself to me often these days.

There are new career endeavors I’d like to venture into, but I seem to be stopped by fear.  When you’ve been in one field for most of your life, the thought of  even claiming you can be something else is daunting.  But since the new career I want to embark upon is in the creative realm,  I just need to step into it.

There isn’t any formal education I need to apply for, I just need to be it in my mind first, then I will be it in the world.

Yes indeed, it’s time to take on bigger and better dreams and turn them into reality.  Where I am is not where I’m going to stay.  Yes, I’m proud of what I’ve achieved so far, but there is always more thrill.  The thrill really does come from reaching for something greater, becoming more than I once was, and finding balance in that new place.   Inspiration has shown itself to me and I do believe I have some weeding to do!